The NHS R&D Forum are delighted to announce the following speakers for RDF19, The 2019 Annual NHS R&D Forum. RDF19 will be held at the Hilton Metropole in Brighton from the 12th-14th May 2019. The Annual NHS R&D Forum is one of the largest gatherings of R&D Directors, Managers, Administrators and related functions in the UK. RDF18 saw over 600 people attend the 2 day conference with 60 speakers, over 60 posters and more than 20 exhibitors. 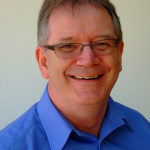 With a background of 45 years’ experience in clinical nursing, education, research, leadership and health service development Philip Darbyshire is as passionately keen on creating great nursing and health services for clients, patients and families as he was at the start of his career. Philip moved from Scotland to Adelaide in 1996 to take up Australia’s first ‘Joint Chair’ Research Professor of Nursing position at a Women’s & Children’s Hospital, in a unique 3-way partnership with University of South Australia and Flinders Universities.

For 13 years he led one of Australia’s most successful practice-based research departments at Women’s & Children’s Hospital, described by the Australian Council on Healthcare Standards as an “example of excellence in research leadership”. The department’s credo, even then, was that ALL research undertaken would involve children, young people, families and clinicians as active participants — and it was. Research was done WITH parents and children, not ON them: children living with acute and chronic illness, children living in ‘problem gambling families’, homeless children with mental health issues, parents of a child with a disability, children living with life-threatening and life-limiting disorders and more.

After 13 years at Women’s & Children’s Philip took up the late Steve Jobs’ challenge of: “Don’t settle…” During the world’s worst global financial crisis in 2008 he left his secure Professorial position to create an independent research, evaluation, speaking and consulting business to advise and support nurse leaders, health services, NGOs and universities worldwide as they worked out how they were going to adapt to and thrive in our Brave New World. In addition to being an object lesson in radical change, this has given Philip the opportunity to work with some truly go-ahead organisations in Australia, New Zealand, UK, Norway, Sweden and Italy.

The Australian College of Health Service Management called Philip: “the ‘go-to’ person for hospitals and health care organizations who want research and evidence-based practice demystified and moved out of the ‘too-hard basket’ and into the hearts and minds of clinicians who will use it make a real difference”.

Philip remains a prolific writer and sought-after speaker. (If you value such metrics, he has an H-index of 32 – 31/1/19 – Google Scholar  ). He is a proud ambassador for the Association for the Wellbeing of Children in Healthcare, and is the Patron of ‘Supporting Silk Sisters’ – an amazing, nurse-run charitable trust helping mothers, babies and families in Cambodia http://supportingsilksistersinc.org.
For fun, and in a vain attempt to keep in touch with his lost physique and youth, he enjoys social media, photographing rock bands and donning the lycra to ride his beautiful Bianchi as a ‘weekend warrior cyclist’.

Philip will finally be retiring in September this year. It has been an amazing 45 years and he hopes that his legacy will be a good one.